It is a great time to be a part of the Apple ecosystem because the company is ready with its next major update – macOS Ventura. The beta version is already out for impatient users who can’t wait for October to try out all the fantastic features promised by Apple. However, the beta version does come with its share of bugs but none that cannot be fixed easily. For instance, many users have complained about Ventura Wi-Fi issues after they have updated their system. The problem is quickly remedied by restarting the Mac, toggling the Wi-Fi off and on, or forgetting the Wi-Fi network to reconnect.

Furthermore, users have complained about battery drain problems and slow performance. But these issues are fixable and mainly caused because right after the update, the computer is setting itself up for the new OS, and many background processes are running simultaneously. As a result, users encounter a slow-running system, loud fan noise, and excessive battery drain. However, after a few hours, everything returns to normal.

If you are still contemplating upgrading your system, here’s a list of some of the incredible Ventura features that will change how you use your Mac. These features will undoubtedly compel you to click on download right away. Take a look.

The web is an endless resource, but the number of user names, accounts, and passwords users needs to make to utilize those resources seem overwhelming. However, Apple is on the brink of a breakthrough with the new Passkeys features in macOS Ventura’s Safari. They have discovered something much more secure than the password.

Thanks to Passkeys, typed passwords are no longer the norm. Passkeys are replacing passwords with Touch ID on Macs and iPad, and iPhones. You can also use Face ID. So there’s no need to rack your brain to create unique passwords for each of your accounts used across the Internet.

Passkeys create a digital key for each Internet account, and the key is submitted when users authenticate it via Face ID/Touch ID. The security is top-notch, and there is no way users mistakenly hand over their Passkey to someone else like a hacker. Also, these are not saved on the Internet; hence, no need to worry about security leaks.

For the longest time, Mac users have complained about the camera and regretted that it doesn’t meet their lofty demands. This has been a significant flaw in Mac’s hardware, where the camera lacked features and the image quality was mediocre. The same problem persisted on the updated cameras in the 14 and 16-inch MacBook Pro, iMac, and Studio Display.

On the other hand, iPhones boast excellent camera quality, including front-facing cameras.

Thanks to Ventura, Macs can now take advantage of the iPhone’s camera and use it in a Continuity Camera feature. With this feature set up on your Mac, you can wirelessly connect your iPhone to your Mac and use it in Zoom, FaceTime, and other video conferencing applications. As a result, the picture quality will significantly improve during video calls/meetings, and you don’t have to spend extra on getting an external webcam for your Mac.

Do you love recording videos of yourself? You may post it on social media or send it to your friends. No matter what you do, Continuity Camera has a great feature that allows users to add a new dimension to the videos. Use the Desk View feature to simultaneously capture the desk space in front of your display and yourself. You can do hands-on demonstrations of products or make tutorial videos without the need to go through the hassle of having the correct camera set up.

Studio Light is one more feature of Continuity Camera, which can be used if you have an iPhone 12 or later. Thanks to this feature, you can look your best on camera by using your phone’s flash as light. So, you don’t have to lurk in the shadows anymore and turn any location into your photography studio.

An Updated Mail for Better Communication

The Mail application has undergone some massive changes with the latest OS. The update promises to streamline email communications and enhance user experience.

That’s only one of the new features added to the application. The Follow-up feature places emails on top of the inbox, so you know which emails you must follow up on. Also, there’s the ability to schedule and send emails. You can set reminders to open emails at a later date. What’s more, you ask? There’s the coveted Unsend feature where users have ten seconds to unsend an email.

So, are you convinced you need to upgrade your system to Ventura yet? Get on with it! 5 Fitness Jobs to Help Turn Your Passion Into a Career The Core Principles of Software Development: an Agile Web Development Company in Action The Impact Of Casinos On The Economies Of Different Countries 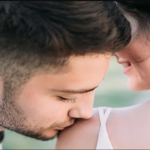 Is Meowbahh Patreon Leaked and Its Free Artwork